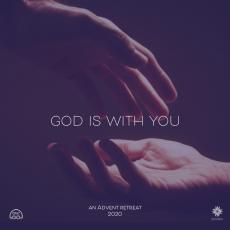 I remind myself that I am in your presence O Lord.
I will take refuge in your loving heart.
You are my strength in times of weakness.
You are my comforter in times of sorrow.

I ask for the grace to believe
in what I could be and do
if I only allowed God, my loving Creator,
to continue to create me, guide me and shape me.

Lord, grant that I may always desire
to spend time in your presence.
May I not forget your goodness to me.
Guide me to share your blessings with others.

As soon as they left the synagogue, they entered the house of Simon and Andrew, with James and John. Now Simon's mother-in-law was in bed with a fever, and they told Jesus about her at once. He came and took her by the hand and lifted her up. Then the fever left her, and she began to serve them. That evening, at sundown, they brought to him all who were sick or possessed with demons. And the whole city was gathered around the door. And he cured many who were sick with various diseases, and cast out many demons; and he would not permit the demons to speak, because they knew him. In the morning, while it was still very dark, he got up and went out to a deserted place, and there he prayed. And Simon and his companions hunted for him. When they found him, they said to him, "Everyone is searching for you." He answered, "Let us go on to the neighboring towns, so that I may proclaim the message there also; for that is what I came out to do." And he went throughout Galilee, proclaiming the message in their synagogues and casting out demons.

I begin to talk to Jesus about the piece of scripture I have just read.
What part of it strikes a chord in me? Perhaps the words of a friend - or some story I have heard recently - will slowly rise to the surface in my consciousness. If so, does the story throw light on what the scripture passage may be trying to say to me?

I thank God for these few moments we have spent alone together and for any insights I may have been given concerning the text.